Is Your God Real?

There is no God!

Shocking thing to hear, isn’t it? Yet this is the way many people live their lives, like the Big Guy doesn’t exist. Even some so called Christians, have a daily life that does not mesh with the existence on an Almighty.

Check the following. Would you answer in the affirmative to any of these?

So here’s the thing, if you’ve answered “yes” to any of the above statements, at best your God is like Santa Claus, who’s made up, so you can believe anything you’d like about him. He could be tall, short, old, young. Evil or good. Who’s to say if you’re right or wrong? Have fun! Make him a Martian if you’d like. 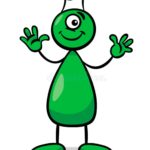 Unfortunately, this is how many view Him. He’s anything they like. All things to all people.

Let me tell you something, If God IS, then, unlike Santa Claus, He is SOMETHING. He has definite attributes, things that are true about Him, without question. If you believe God is anything you’d like Him to be, then your god is nothing.

A man owned a prosperous business. One day he gathered all the employees and announced he was going away for a while. And so he gave them instructions on how to run the company and left

It didn’t take too long before the discussion came up. “What did the boss say for us to do?”

Various opinions emerged.  “Stay the course.” “Sell the business” “Slow production.” Employees even quarreled over what the boss was like. “He was tall” “Short and fat.” “A grumpy man” “A sweetheart” “He’s not a man at all and if you think he is, then you’re sexist!”

(Sorry. I had to throw that last one in there.) 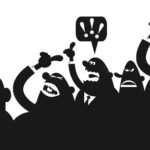 In the midst of all the disagreement, someone yelled, “Who are you to tell me I’m wrong? I have the right to believe anything I want about the boss!”

There was a tentative nod of agreement, and the company split in a million different directions, each person doing what he or she thought the boss (that tall, short, skinny, fat, brown or blue eyed guy/girl) said.

Everything was fine . . . UNTIL THE BOSS RETURNED!

Red-faced, some shrank back in embarrassment. “Whoops. We were wrong.”

It’s the same with God. If he is real, then He stands for something. He has qualities. He can not stand for everything. That’s insane.

The one who says, all religions worship the same God, just under different names, hasn’t studied what some of these religions teach, because world religions have conflicting God images. They can’t all be true, unless God is imaginary . . . Santa Claus. For those who would 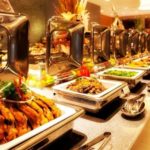 hold to this view, God’s a kind of “All you can eat” buffet. Just take what you want and leave the rest.

It doesn’t work that way. There’s coming a day when you’ll see God. Either you’ll die or He will return. Will you be like the employee who shrank back, embarrassed, and said, “Whoops. I was wrong.”?

Tell me something. Is your God real?

Exodus 20:1-3 And God spoke all these words, saying: “I am the Lord your God, who brought you out of the land of Egypt, out of the house of bondage. “You shall have no other gods before Me.”

6 Responses to Is Your God Real?