I’m Having a Heart Attack!

“I’m having a heart attack. Help Me!”

Those words ended it all. Not my life. Just the “discussion”.
I’d taken a part-time, third shift security guard job. This entailed sitting all night, all alone, 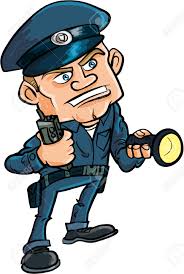 at the main entry desk to a five story office building, making sure no one broke in.
Frankly, I wasn’t too good at it. I remember one evening a note had been left by building management. “Keep an eye on the parking lot. Someone stole the security camera last night. If you see anything out of the ordinary, please investigate.”

Anyways, back to my heart attack.

It was my very first night on the job. Another guard was there, waiting to train me.
A warning bell rang in my head. The counter he sat behind was lined with literature and pamphlets from a well known cult. You may think that’s an outdated word- Cult. You say, “Who are you to judge someone else’s beliefs? All religions are the same.”
Uh-huh.
After running through some preliminary instructions, the guard (we’ll call him Bob) turned to me. “Jeremiah. What do you think is the solution to all the unrest in the world today?”
I understood what he was doing, using this leading question to initiate a conversation about spiritual things. 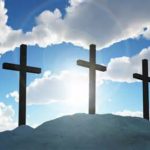 Without blinking an eye, I answered, “The only solution to today’s troubles is Jesus Christ.”
His eyebrow rose slightly. “So you believe in Jesus, but did you know…” He then explained where my Christianity had it all wrong, and his way had it right.
Bob’s beliefs were different than mine. Though mentioning Jesus Christ and grace, his definitions were not biblical. They were a “works oriented” way to heaven.
He went on and on, explaining how his leaders had the right interpretation of scripture, and trying to poke holes in my beliefs.
After two hours of arguing back and forth, it dawned on me- Forget arguing theology. Let’s talk where the rubber meets the road.
I leaned against the counter and clutched my chest. “Bob, I’m having a heart attack. Help me! I’ll be dead in three minutes. If I accept your beliefs can you give me assurance I’ll be in heaven when I die?”
After an awkward moment, he shook his head.
“That,” I said, “is the difference between your religion and my Jesus. I have that wonderful assurance.”
He considered. Did what I say sink in? I don’t know. After that night, I never saw Bob again. Don’t get the wrong impression. He didn’t die or anything. He’d simply left the company.

Do you believe all religions are the same? All roads lead to heaven?
I assure you, you are wrong!
Real Christianity is all about God’s grace. Not works. Which would you rather depend on for your eternity? Your good works or God’s love? I’ll hold on to love every time.

I’ll never know if what I said had any effect on Bob, but I’ll give you the same scenario. Maybe it can make a difference in your life.

I’m having a heart attack. In three minutes I’ll be dead. If I accept your beliefs can you give me assurance I’ll be in heaven when I die?”

Think about it. What do you believe? I urge you to consider the wonderful love and grace of our God. He gave His Son, who died on the cross, taking the guilt and punishment for our sin on Himself! It doesn’t depend on my good works, because I ain’t too good. Frankly, neither are you!
Let me quote just one verse for you. Maybe you’ve heard or seen it before, but take a fresh look at the words.

John 3:16 “For God so loved the world that He gave His only begotten Son, that whoever believes in Him should not perish but have everlasting life.”

God’s love. Not by good works. That’s my blessed assurance.

[I invite you to subscribe to my blog and receive email alerts whenever there’s a new posting. It’s easy to do. The info is at the top right corner of the home page]

3 Responses to I’m Having a Heart Attack!